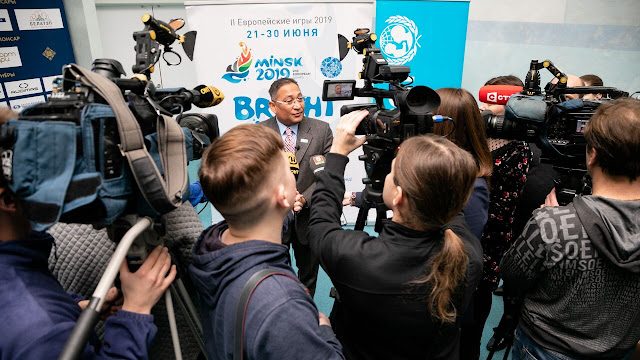 The representative of the United Nations Children's Fund (UNICEF) in the Republic of Belarus, Dr. Rashed Mustafa Sarwar, received a certificate of awarding the title of Star Ambassador II of the European Games in 2019. He will act in this role on behalf of the UNICEF organization.
The director of the Foundation of the II European Games of 2019, George Katulin, took part in the ceremony. The solemn ceremony was held at the headquarters of the National Olympic Committee during the signing of the Memorandum of Understanding and Cooperation between the two structures.
Dr. Rashed Mustafa Sarwar: " It’s very emotional moment for us to join this huge event. UNICEF is very excited  to be a part of second European games. We are looking forward to create great partnership and develop European Games legacy beyond the upcoming sport event.  Also on behalf of UNICEF I’ll serve as star ambassador for the 2nd European games and if there will be any activity connected with children I’ll be happy to join it." 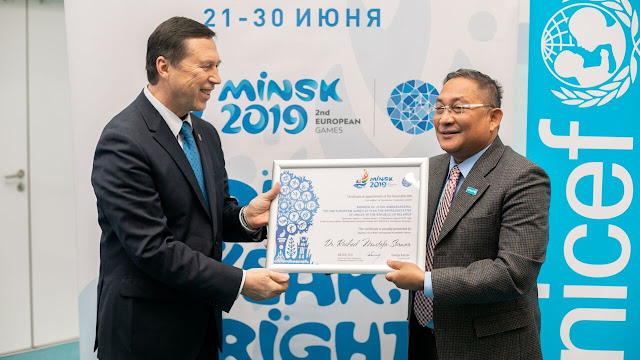 MINSK 2019 EUROPEAN GAMES LAUNCH PARTNERSHIP WITH UNICEF
Minsk European Games Organizing Committee (MEGOC) and the United Nations Children's Fund (UNICEF) in Belarus signed a memorandum of understanding and cooperation. MEGOC CEO, George Katulin and UNICEF Representative in Belarus Dr Rashed Mustafa Sarwar noted that the Memorandum is aimed to strengthen cooperation in the field of development of the personality, talents, mental and physical abilities, to provide children with equal opportunities for cultural, artistic, recreational and leisure activity through educational and humanitarian heritage of the 2nd European Games.
“It is a very emotional moment. The 2nd European Games with more than 4.000 athletes coming to Belarus and millions of people following it worldwide will be a mega event, something that doesn’t happen every day and we’re really excited about UNICEF being a part of this sports forum. We’re looking forward to a strong partnership and generating significant legacy of the Games,” - said Dr Sarwar. 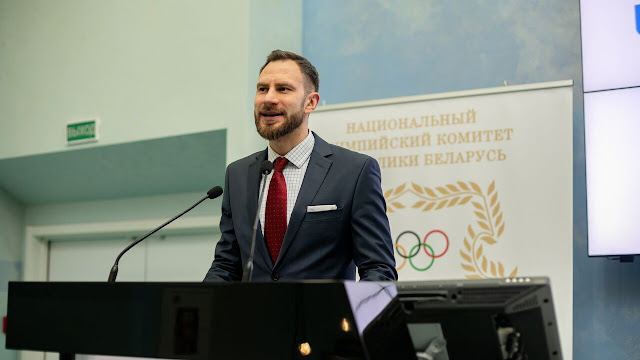 MEGOC CEO George Katulin noted, “A similar document was signed during the inaugural European Games in Baku. Thus, in keeping with certain traditions we prefer to talk about the European Games as a social project for the host country. We suppose the agreement with UNICEF Office in Belarus really important in creation the atmosphere of inclusivity of the kids in the sport. One of the main goals of the Games themselves is education of the younger generation through sports and UNICEF is a really powerful partner in achieving it”.
Parties to the memorandum are going to hold a series of joint public entertainment-sports, social, educational and recreational activities as part of the 2nd European Games. 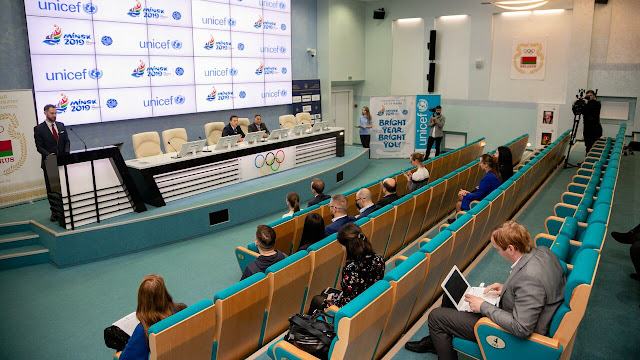 About UNICEF
UNICEF promotes the rights and wellbeing of every child, in everything we do. Together with our partners, we work in 190 countries and territories to translate that commitment into practical action, focusing special effort on reaching the most vulnerable and excluded children, to the benefit of all children, everywhere. For more information about UNICEF and its work in Belarus visit: www.unicef.by.